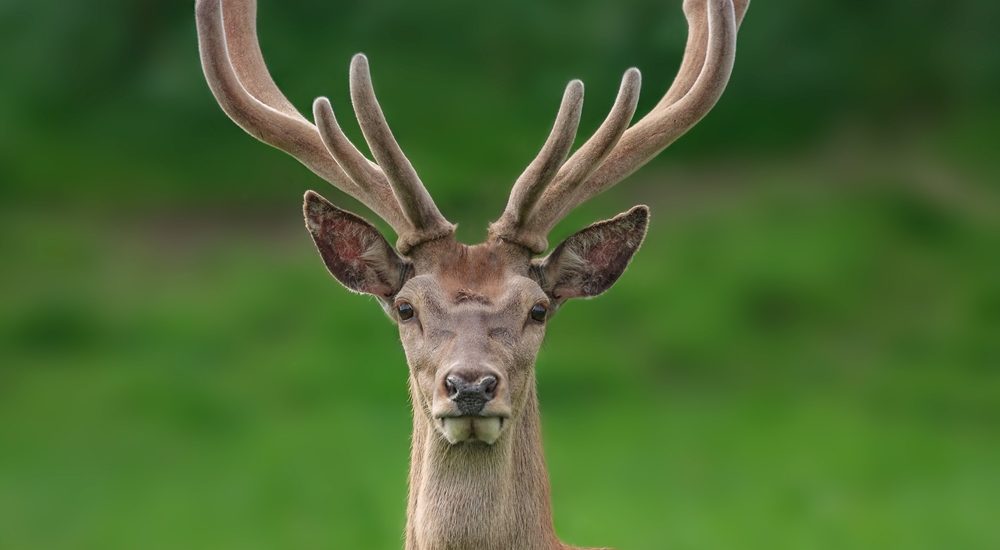 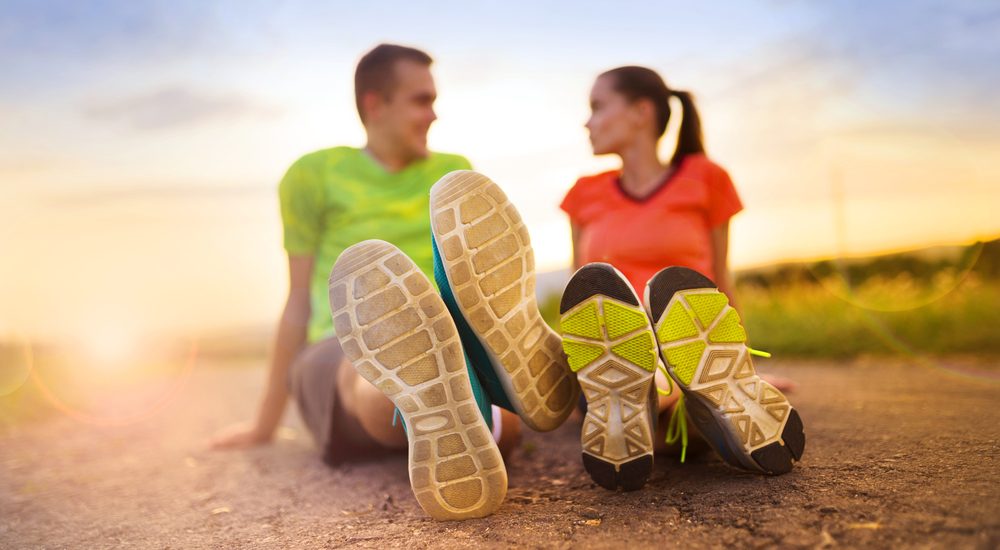 What is in Deer Antler Velvet 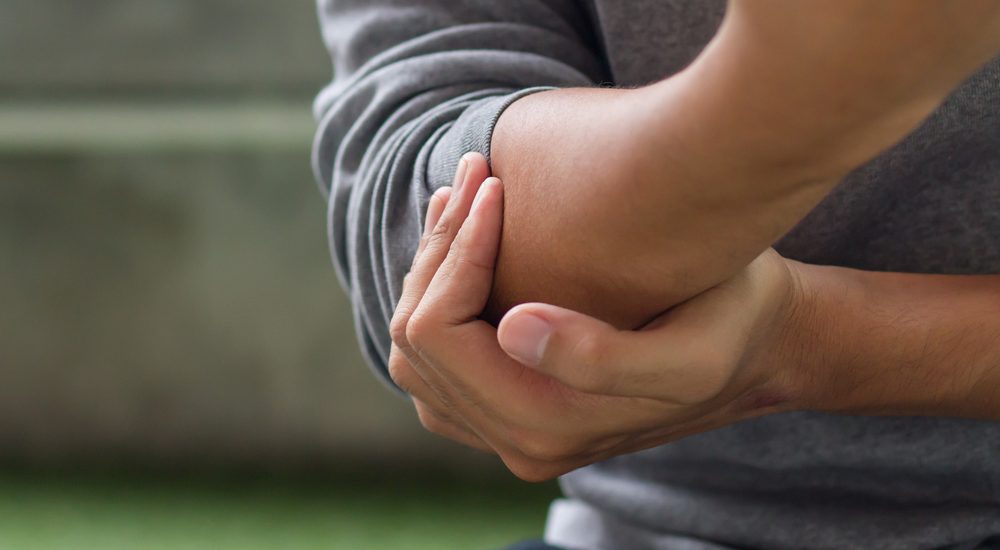 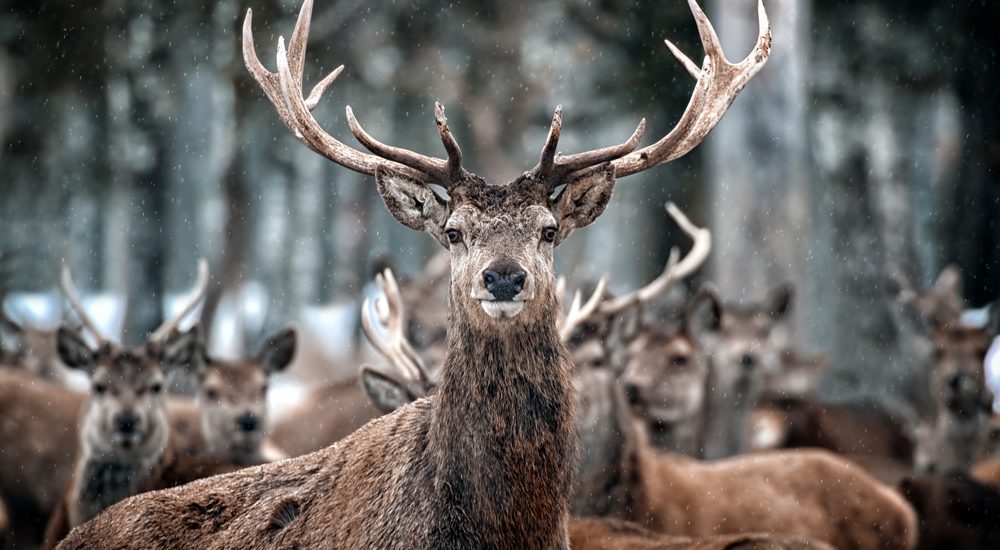 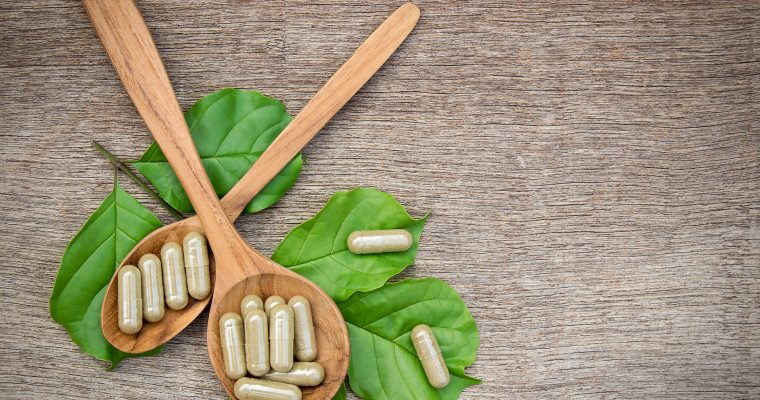 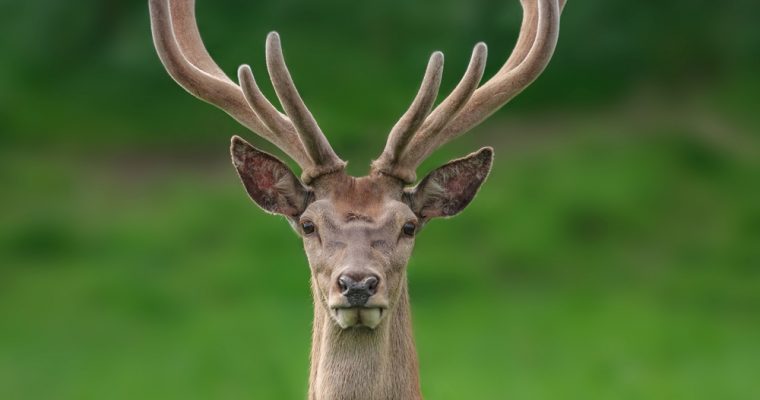 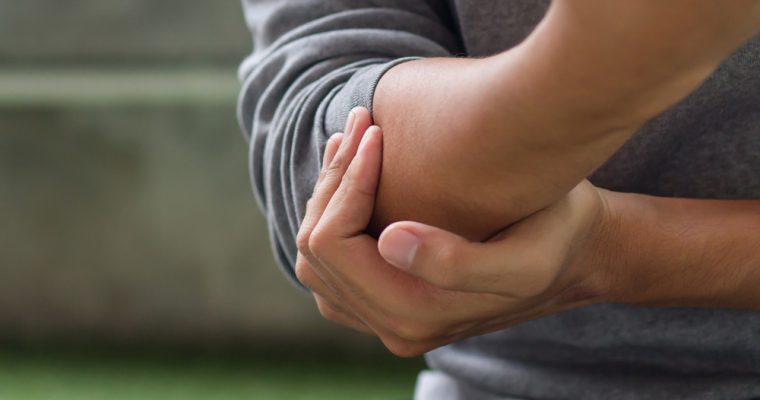 Deer antler velvet is known to provide many potential benefits. It also is used to treat many conditions. Osteoarthritis (OA) An estimated 50 million North Americans suffer from osteoarthritis, a progressive disease of cartilaginous tissue. It involves the loss of proteoglycans and deterioration of cartilage. … 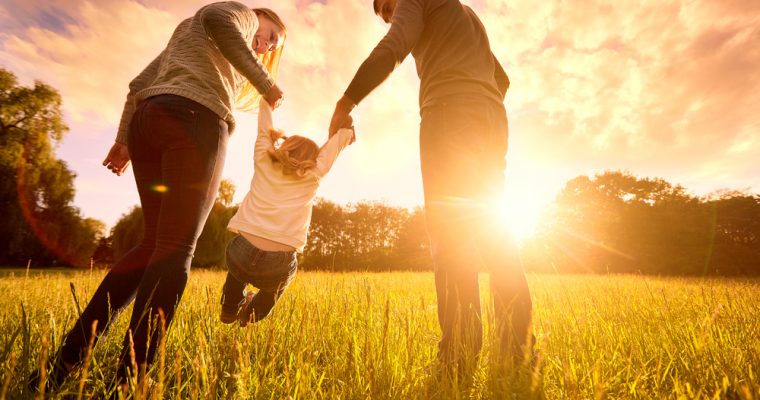 Deer Antler Velvet in the West

Even though the use of deer antler velvet can be traced back 2,000 years to the Ming Dynasty in China, Western medicine has been slower to accept its use to treat and prevent the health conditions touted by traditional Chinese medicine (TCM). However, the number … 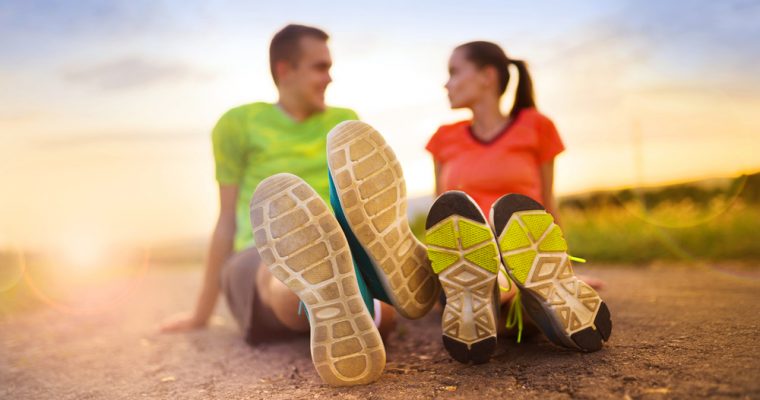 What is in Deer Antler Velvet

Dried deer antler velvet is composed of approximately 34% ash, 12% moisture, 54% organic material, of which 10% is nitrogen and 3% fat. Composition varies from species to species and with antler maturity and region of antler studies (tip, upper, middle, base) (Church, 1999). The …

Deer antler velvet is known to provide many potential benefits. It also is used to treat many conditions. Osteoarthritis (OA) An estimated 50 million North Americans suffer from osteoarthritis, a progressive disease of cartilaginous tissue. It involves the loss of proteoglycans and deterioration of cartilage. …

The composition of deer antler velvet consists of a diverse mixture of bioactive components including minerals, amino acids, proteins, polypeptides, polysaccharides, phospholipids, fatty acids, and biological bases (uracil, hypoxanthine, and undine). The therapeutic effects of deer antler velvet vary greatly and depend on the concentration …

Traditional Chinese Medicine  There are many historic references to the use of deer antler velvet in traditional Chinese medicine (TCM). The first mention was in a set of silk scrolls called Wushi’er Bingfang (Prescriptions for Fifty-Two Ailments) that were found in a Han-Dynasty tomb dated …

Deer antlers are unique structures that are cast off every year and are the only organized mammalian tissue that is able to regenerate. Antlers grow rapidly from pedicles on the frontal bone of adult male deer (stags) at a rate of up to 2 cm … 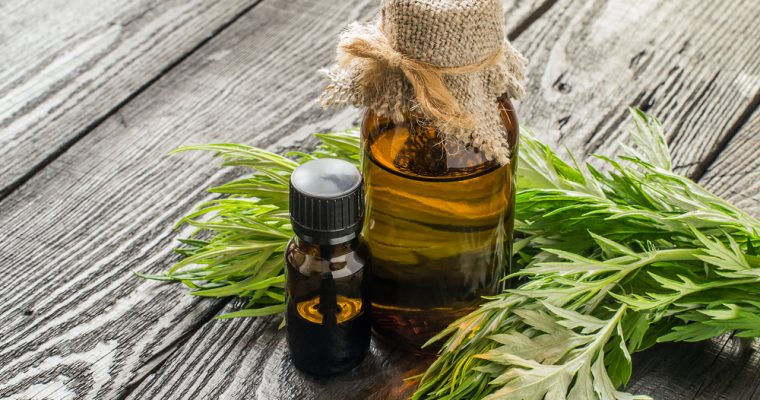 The use of deer antler velvet in Russia has been traced back to the 1400s, but it wasn’t until the beginning of the 15th Century that it became a coveted treatment for many different medical conditions. The Russian people began harvesting elk antlers during the … 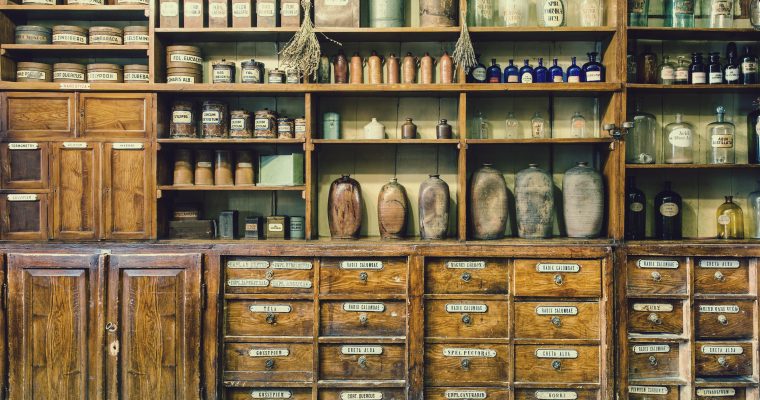 The Chinese have utilized deer antler velvet as a Chinese Herb for thousands of years.  Today, usages of DAV include modern ailments such as high cholesterol, migraines, osteoporosis, muscle aches and pains, asthma, indigestion, cold hands and feet, disorders related to the liver and kidney, … 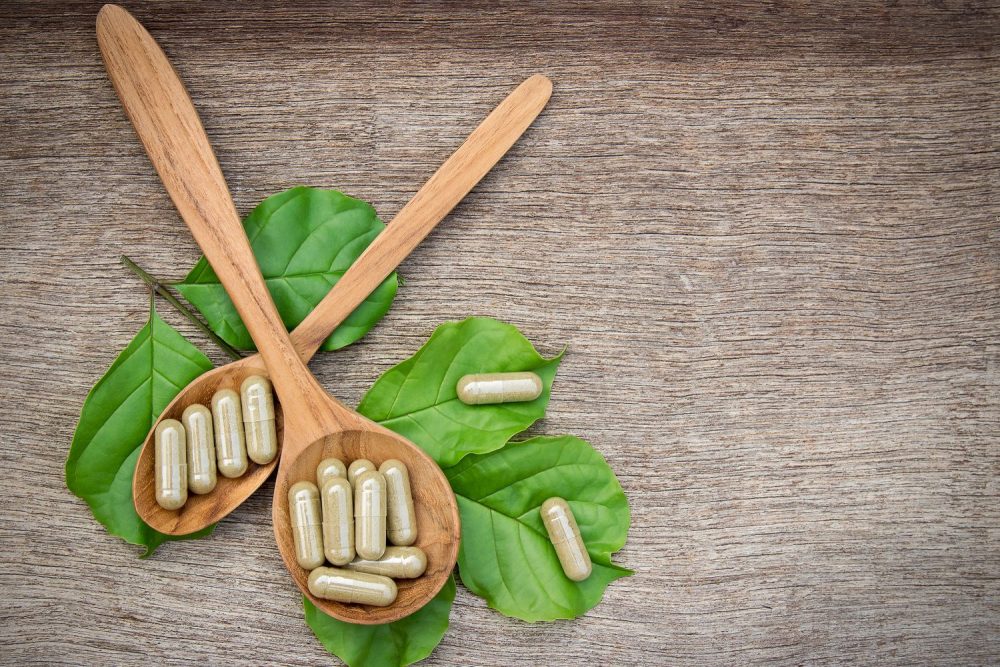 Here is our curated list of the very best deer antler velvet manufacturers and their products.

Antler Farms is a New Zealand producer of high end, exceptional quality deer antler velvet products. New Zealand is world’s biggest producer of farmed velvet and the leader in deer antler velvet research. The main deer species farmed in New Zealand is red deer (cervus elaphus). The herds are typically raised in large, outdoor, grassy areas spanning many acres. By law, no growth chemicals or antibiotics can be legally injected into the deer as part of routine husbandry (exceptions for antibiotics are made with sick animals). Because of strict government oversight surrounding New Zealand’s deer industry, the material coming out the country has a consistent quality and dependable supply. Deer antler velvet produced in China, Korea or Russia is not as trusted or reliable.

Antler Farms offers the best deer antler velvet products. The company stands out in the industry due to its transparency, rigorous standard for material sourcing, and unique, innovative processing.

• Disclosed growth factor content. This is the most important factor that distinguishes Antler Farms from the other brands. Antler Farms extracts have a strong, concentrated 75:1 extract ratio (i.e. 75 grams of raw material is required to make 1 gram of extract). The supplement labels disclose the active growth factor content of its two products – extract liquid (deer antler spray) with 25,000 ng per bottle and extract tablets with 100,000 ng per bottle.

• Liposomal delivery. Antler Farms extracts are delivered via liposomal action. The nutrients are contained inside tiny particles which are easier for the body to absorb and allows more to get to the target area of the body.

• Alcohol free and heat free processing. Antler Farms extracts are prepared using proprietary processing methods that do not include alcohol or heat. Heat, even for short periods of time or at lower temperatures, will cause some degradation of the material.

• Good taste, important for regular use. Because the formulation does not use alcohol and the active growth factors in deer antler velvet are isolated, Antler Farms extracts do not have a medicine-like taste. In fact, they taste great. They have a sweet lemon flavor that can be regularly taken without experiencing an aversion like some products.

• Exclusion of antler bases. Whole velvet antler sticks have four sections (tip, upper, mid and base). Antler Farms excludes antler bases from their product, which increases the density of beneficial, sought-after nutrients. Generally from the tip of the antler toward the base the ash content increases, lipid content decreases and protein content decreases.

• Freeze dried processing. Antler Farms utilizes freeze drying rather than heat drying to prepare their deer antler velvet. Freeze drying has the benefit of preserving the active nutrients while heat, even for short periods of time or at lower temperatures, will cause some degradation of the material. This product is the market’s only raw, whole food form of deer antler velvet (not an extract) and ideal for general health and therapeutic use.

Dragon Herbs is a company that was founded by America herbalist Ron Teeguarden and his wife Yanlin. Ron is a practitioner of holistic Asian health and a specialist in Chinese tonic herbs. Dragon Herbs offers a wide range of herbs which are sourced directly from their original sources in China. The company has control over the process from the source to the manufacturing to final production. Chinese deer are hand raised by humans in enclosed pens, rather than free grazed on pasture.

• From Sika deer. Dragon Herbs drops are made from a small preserve of protected Sika deer (cervus nippon). Sika are small spotted deer that are natural to northeastern Asia. This kind of deer has been revered in Asia for its deer antler since ancient times. The Sika deer are farmed in Changbai, China, and are certified by the Chinese Ministry of Health to be clean and safe.

CONS: The active growth factor content of Dragon Herbs extract is undisclosed and untested, therefore the true potency is unknown. The extract has a contains alcohol which users may want to avoid. It also has a medicine-like taste that most will find off-putting after regular use.

Plum Flower is a large Chinese manufacturer of herbs. Their products are popular among professional herbalists and those customers who have the experience and knowledge necessary to safely prepare their own formulas. They are not intended for normal consumer use, and thereby do not include usage information. Caution needs to exercised when using Plum Flower products.

• Traditional, but modern processing. Plum Flower follows strict traditional guidelines for the correct preparation of herbs. Deer antler velvet is prepared with updated equipment and procedures to ensure stable and uniform quality. The deer antler velvet is sterilized with heat or high-pressure alcohol steam. Then it is distilled under low temperature and spray dried to form a fine powder.

In Asian countries, deer velvet is sold in Traditional Chinese Medicine shops where dried velvet slices are paired with complementary herb. The blend is geared towards a client’s individual diagnosis. Asian consumers prefer this method of purchasing deer antler velvet.

Unfortunately the growing interest of deer antler velvet from natural health advocates, alternative practitioners and performance athletes has attracted companies whose only intention is to profit off of uneducated consumers.