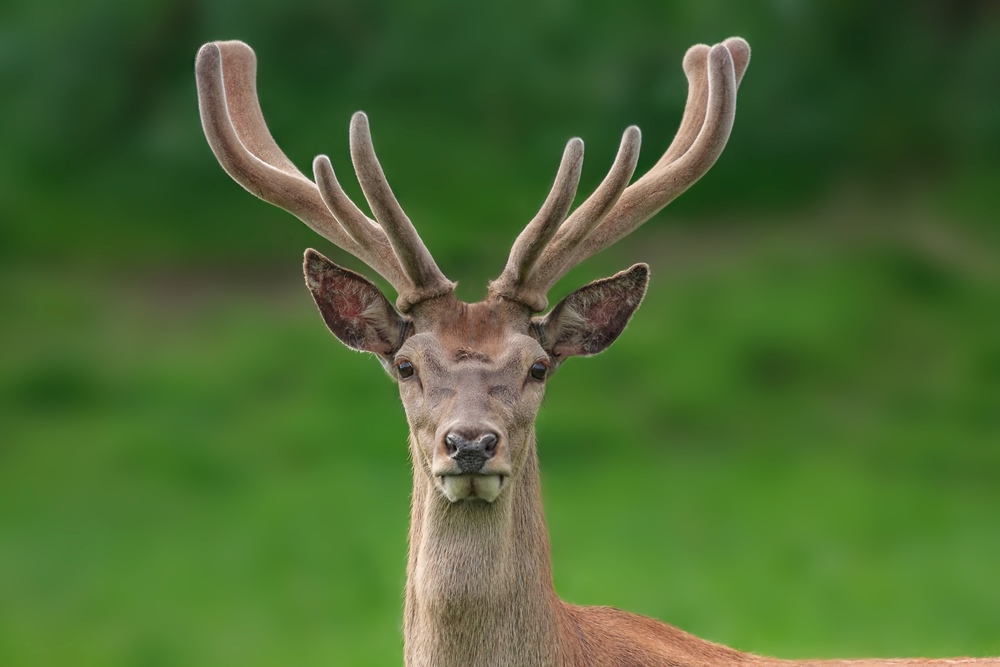 In the United States, the North American elk and red deer, members of the Cervus species, are farmed to produce deer antler velvet teas, extracts, capsules and tablets for health related products. In 1999, deer antler velvet was scientifically substantiated by research and clinical studies, in compliance with FDA regulations, “to support healthy joint structure and function”. But its clinical applications do not stop there: due to its bioactivity and chemical components, deer antler velvet is likely to have much broader, and as significant, uses in the near future.

Deer antler velvet obtained from either the North American elk or red deer is chemically synonymous, and is utilized commercially for identical purposes. Many other countries have produced deer antler velvet for preparation as a traditional oriental medicine: New Zealand, Asian and European deer antler velvet farming produces a flourishing crop which is economically valuable, and which has been perpetuated for at least 2000 years. Currently, New Zealand produces about 450 tons of deer antler velvet yearly; China, about 400 tons; Russia, 80 tons, and the United States and Canada, about 20 tons each. Korea is currently the largest exporter of deer antler velvet, grossing up to 1.6 billion dollars (U.S.) in sales (Burgio).

Currently the use of reportedly tonic and rejuvenative medicines are enjoying increasing demand in international markets. The many conditions for which deer antler velvet has been used include anemia, arthritis, insomnia, amnesia, topical wounds, and pain.

In traditional medicine of the orient, red deer antler has been used to treat male impotence and female infertility. Emphasis on sexual and reproductive function has placed deer antler velvet in the category of aphrodisiacs. However, in traditional herbalists’ terms, an aphrodisiac is not necessarily an agent that promotes libido. It is instead an agent that aids the ability of men and women to reproduce. Deer antler velvet has also been used as an immune modulator, erythropoeitic agent, particularly in cases of anemia, and to improve blood circulation, muscle strength, and mental alertness. (Fisher et al., 1998).Deer antler velvet is not used solely by adults: it is estimated that about 10% of Korea’s deer antler velvet is used for preventive and restorative purposes in children (Church, 1999).

Traditionally, different regions of the antler are used for different conditions due to a nutrient profile specifically concentrated in different parts of the antler. The tip and the middle regions are used as pediatric tonics, the upper and middle section is applied to degenerative inflammatory conditions, such as arthritis and osteo-myelitis, and the base is prepared for the elderly to increase calcium intake and reduce the likelihood that they will suffer from conditions exacerbated by calcium loss.

Empirical evidence and some clinical research suggests that deer antler velvet may have therapeutically valuable hypotensive, erythorpoeitic, immune stimulant, antiinflammatory, antiaging, metabolic, protective, and rejuvenative effects (Church, I 999). Today, deer antler velvet is regarded as a treatment for osteoarthritis, a possible tumor preventive, and for physical and athletic strength and endurance, in both the Orient and in western medicine.

Since the earliest deer antler velvet research in Russia in the 1930s, scientists and pharmacists have attempted to provide sound scientific reasoning for these reported therapeutic effects. As a result, over 250 articles have been published on the manufacture, composition, and biochemical effects of deer antler velvet. The information available has been recorded by Chinese, Japanese, Korean, and Russian researchers, whose information often overlaps.