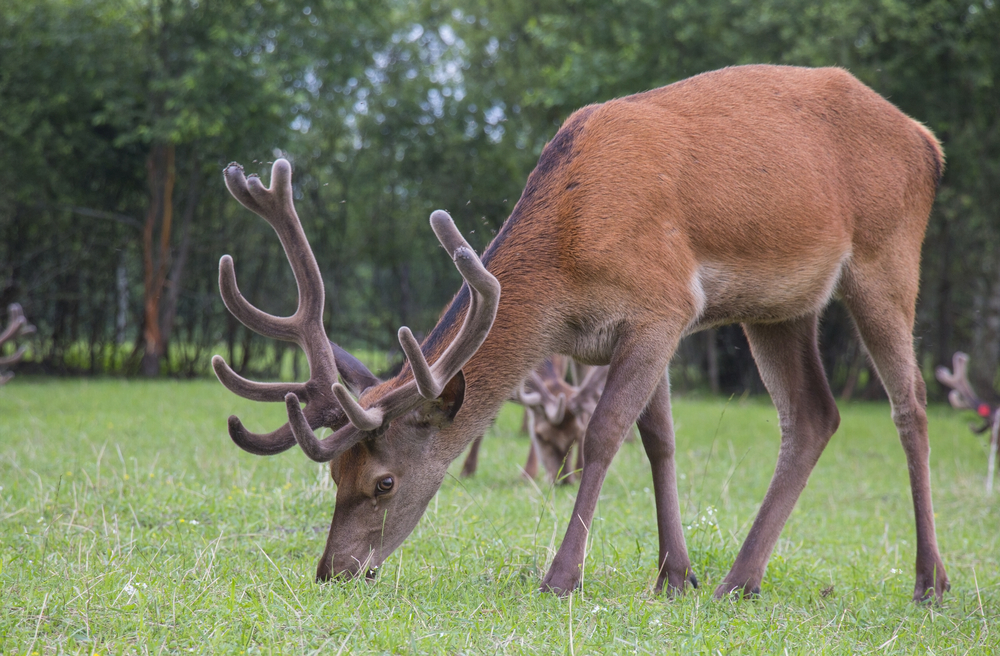 There are many references to the historic use of deer velvet in TCM and it has been included in the Chinese medical pharmacopoeia since 168BC. Medicinal uses for deer velvet are also contained in the book, first published in the sixteenth century, called Ben Cao Gang Mu that is said to have been referred to by Charles Darwin as The Chinese Encyclopedia.

The uses for deer velvet and deer co products are also included in The Great Dictionary of Traditional Chinese Medicine.

Although the successful Chinese and Korean approach to human health has been practiced for in excess of two thousand years, only in recent times are Western people beginning to accept that there are reasonable alternatives to Western approaches to human health. Increasingly people look to therapies and treatments that are natural (non chemical) non prescriptive, relieve symptoms and balance body functions to allow healthy lifestyles.

Deer were introduced into New Zealand and Australia during the Nineteenth Century. The animals dispersed and established wild populations at various locations across the country mostly depending upon their points of release into the wild, and formed the basis for the deer industry in these countries today.

Since its beginnings in the 1970’s, the deer industry in New Zealand and Australia has continued to expand. The Australian is about one tenth the size of the New Zealand deer industry. During its short history, the velvet industry has relied almost exclusively on international demand for its product and has generally targeted Korean and Chinese markets competitively supplied by the world’s biggest producer of farmed velvet, New Zealand. Most velvet has been exported to Asia as frozen (unprocessed) velvet antler.

Tourism data shows a continual increase in Asian tourists to New Zealand and Australia who may be familiar with and interested in purchasing velvet antler products while anecdotal information suggests a growing increase in interest of these products by Asian living in these countries. There are also a growing number of people looking for alternatives to Western medicine and their potentially dangerous side effects.

As the deer industry matures, processing of velvet antler is increasingly undertaken in Australia or New Zealand and often with Asian experts contributing to business and product development. Sophisticated processing facilities prepare velvet for direct consumption in Asian and domestic markets.

As a significant number of people and their pets suffer from arthritic conditions of bones and joints (osteoarthritis, joint injuries, joint inflammation, etc), commercial opportunities for development of domestic markets for velvet antler products clearly exist.